Peak loads, failures, system outages are highly likely to be a part of your cache cluster and it is not something to be worried about. However, having no workaround to such situations definitely is! Fault resilience against such risk causing factors is the primary requirement of your caching cluster so that recovering from failure scenarios is always handy. In some situations, data loss can be negligible and can be dealt with easily but in some cases where mission-critical data is involved, data protection and availability cannot be put as a secondary requirement.

NCache Does NOT Lose Your Data!

NCache, being an in-memory distributed data caching store, provides an architecture where high availability of data is ensured under peak loads or downtime. Your data remains 100% available even in disastrous situations like a node permanently leaving the cluster. NCache is architected to deal with runtime addition or removal of a server node.

You can also modify cache configurations at runtime with the hot applicable features. With the peer to peer architecture, NCache saves you with the biggest problem of “single point of failure”. The failover support is not just provided within the cache cluster but also with the clients connected to the cache. It makes NCache highly dynamic and extremely confident to claim no data loss. Let us look at the figure below to understand NCache’s availability.

Step 1 shows a connected cluster where clients are connected with the NCache cluster having peer to peer architecture. 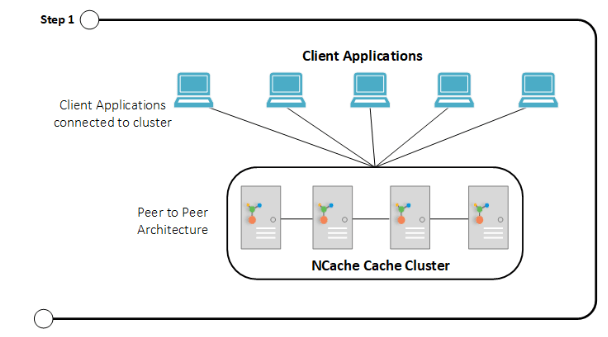 Figure 2 shows a node leaving the cache cluster due to any disaster. 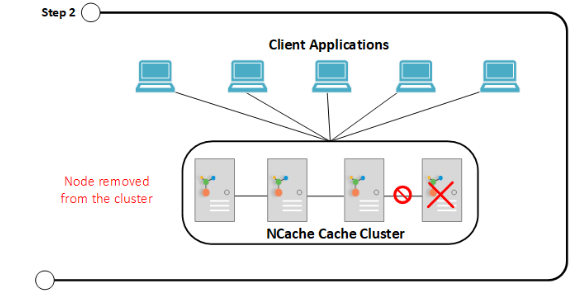 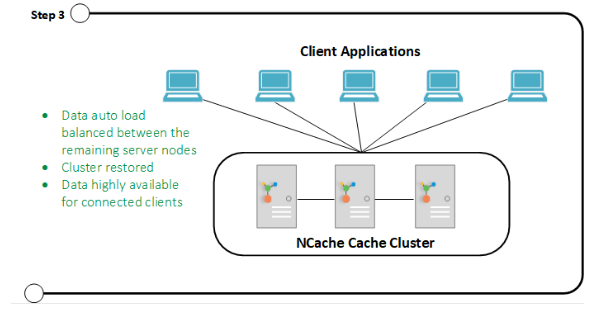 NCache provides different topologies for data storage so you can store the data according to your own requirement. Look at the topologies below:

Let us now discuss data availability w.r.t. caching topologies. Each topology as mentioned has different characteristics. Replicated topology makes sure that the data is replicated on all nodes thus keeping the data 100% available. In Partitioned Topology, if a single node is down, some portion of the data is lost. However, in Partitioned Replica Topology, as every partition has a replica, if a node is lost, the data is redistributed among the remaining nodes. It makes the POR topology the most efficient with respect to data availability. Asynchronous Partitioned Replica topology has background data replication which may cause data loss, however, with synchronous POR topology no data loss occurs as replication occurs through the client application.

Peer to Peer Architecture in NCache

Runtime Discovery within Cluster and Clients

Similarly, the cache clients are also discovered at runtime. A client when connecting to the cache cluster does not need to know about the entire cache cluster and all the server nodes. It only needs the information of a single running cache server. It uses this connection to see which cache severs to connect to. Following is the vital information the client is served after connection establishment:

NCache cluster is a dynamic self-healing cluster and deals with any failover at runtime. Two kinds of failover support is provided by NCache:

Data availability is the biggest challenge when dealing with cache data. NCache is rich with high-end features to deal with data availability at all costs providing immediate damage control in disastrous situations. Not just that, NCache has a very scalable architecture that provides not just high availability but also lets you scale your cache cluster linearly. So, it is safe to say that NCache is the best caching tier your application architecture needs.

Brad is proficient in a number of technologies including .NET, Java, C++, Python, and JavaScript and has leveraged this knowledge in applying software design to simulate Engineering solutions during his career. Brad has many years of energy industry experience delivering time-critical solutions and quality assurance activities in conjunction with customer representatives.